A Tribute to Kellie Lawless Krausmann -- Co-Author of FOOTBALL FOOD 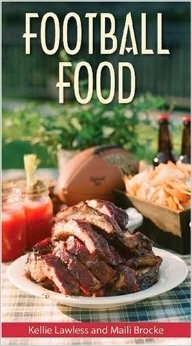 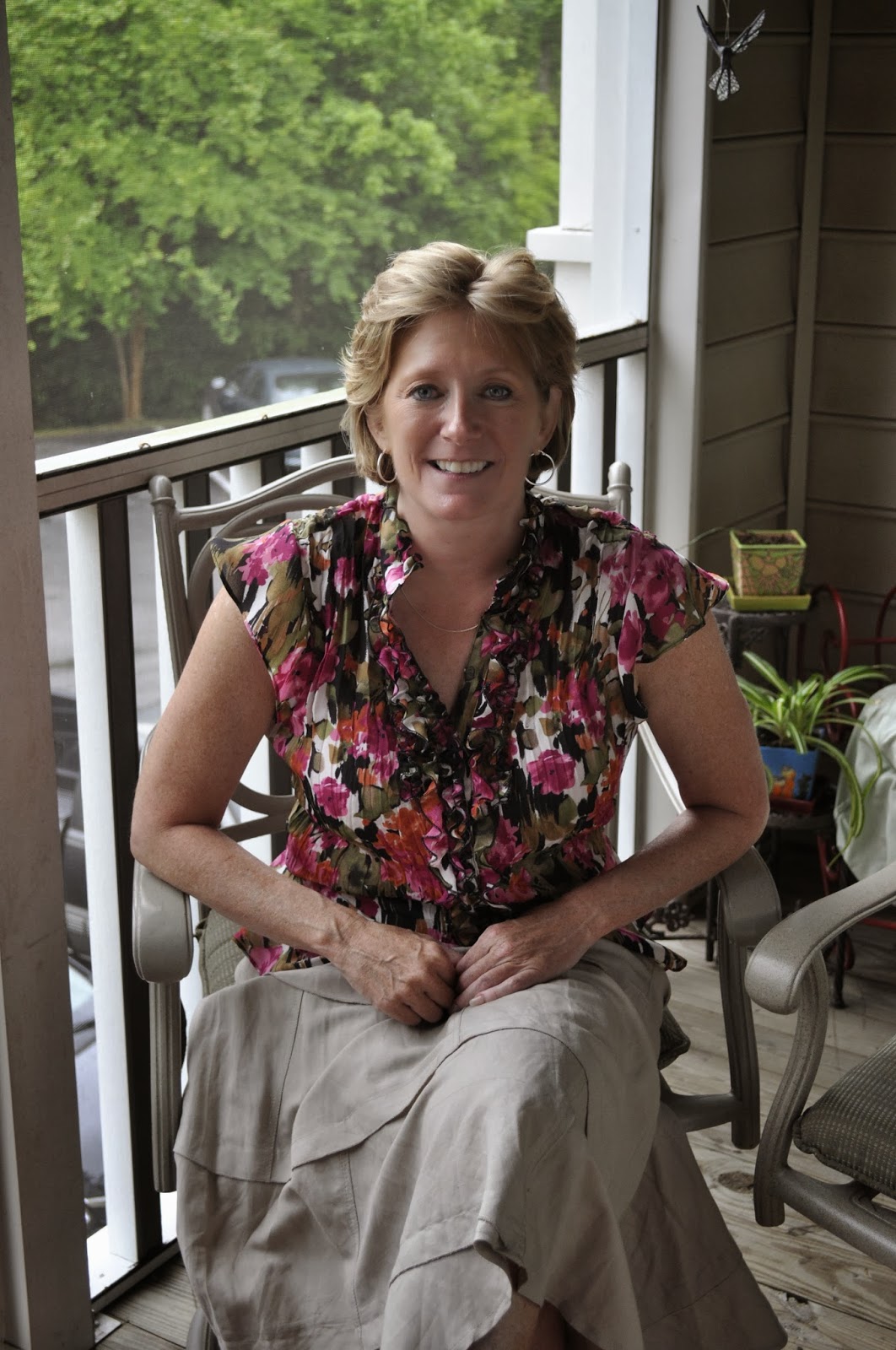 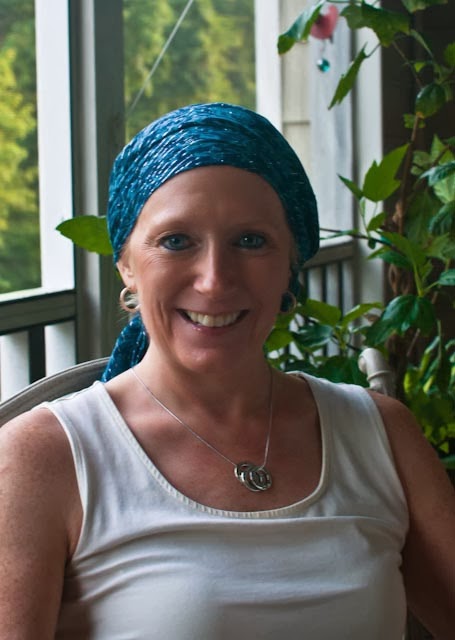 
For those of you who have been on the Recipe Testing Email List for a long time you will remember the flurry of emails you received when Kellie and I were in the process of writing our cookbook, Football Food.  The cookbook was Kellie's brainchild and she worked on it diligently for three years.  I was brought in at the 11th hour to provide extra recipes to balance out the book.  It was a lesson in "cookbook publishing 101" for me and I had NO IDEA, nor did Kellie, the amount of work that would be required AFTER you send your final manuscript in to the publisher.  Kellie wrote all of the intros and information in the entire book.  After she pitched her original idea of a cookbook about Football Food she was copied by a number of people who wrote their own books after her.  But she was the one who came up with the original concept of a cookbook dedicated to the food cooked for everything involving football from from Tailgates to Super Bowl parties.

It is with a heavy heart that I must write the sad news to tell you that Kellie passed away from pancreatic cancer.

I met Kellie through her cousin, Lissa Young, who was our Commander at Ft. Bragg.  Lissa was in the fourth class of woman to enter West Point and she was adored by everyone.  Lissa said "you must meet my cousin Kellie" and Kellie flew out to California to help me with marketing strategies when my catering company was in the early stages.  Kellie and I became instant friends because of our similar backgrounds and shared interests.  I don't think either of us realized it at the time but we would both eventually endure painful divorces, hers about five years earlier than mine.  She was already divorced by the time we were writing the cookbook together and the process of writing was a healing one for her.  I still remember Kellie's email to me when she eventually met Matthew Kraussman, whom she married.  I was so happy for her.  Matt has sent me the most beautiful pictures of Kellie and he was with her during her entire illness.  She was somehow radiant in all of her pictures until the very end.

Below is an excerpt from her Memorial Service.  And below that I've pasted some of her recipes from the cookbook.  May she live on in the legacy she left of comfort food and favorite recipes.  I know she will always be in my heart every year as football season begins.  Maili


"Kellie Elizabeth Hale Lawless Krausmann was born September 20, 1962 in San Mateo, CA.  She was the daughter of Elizabeth and Raymond Hale.  Kellie and her brother Scott moved with their parents around the U.S. for various postings with Pan American Airlines, for whom her parents worked.  The family ultimately landed in Wilton, CT.  Kellie graduated from Green Farms Academy in Westport, CT, and went on to study English Literature at both the University of Richmond and the University of California, Santa Barbara.  She graduated with a 4.02.  Kellie was an accomplished chef, taught cooking at UCSB, became a certified Kansas City Barbeque Judge.  With Maili Halme, Kellie co-authored the cookbook, Football Food.  Kellie had many loves in her life.  She adored cats and dogs, and has an affinity for horses and goats.  She found most animals wonderful, as long as they had shoulders and no scales.  She was a whiz in her chosen field of expertise - Marketing.  At both Life Systems in Savannah, GA and Berchtold, in Charleston, SC, she had a knack for the finely tuned trade shows and presentations that supported the myriad products both companies produced.  Yet Kellie's true love and passion were the friends she cultivated throughout her life...each very special and very dear to her.  Although Kellie is no longer here she would want you all to know that she carried you in her heart wherever her new journey takes her...and to know that we will all see her again in time. "

MUFFALETTA TAILGATER
Inspired by the famous New Orleans muffaletta, this is the ultimate tailgate sandwich.  Kellie makes it on Friday night and transports it in a cooler to Saturday afternoon stadium games.  She serves it with coleslaw and red wine.

In a small bowl, combine the relish ingredients.  Cover and chill for 2 hours or up to 2 days.

Split the bread in half horizontally.  Remove enough of the soft inside to make room for the meats, leaving a 3/4-inch shell.

Brush some of the relish inside the top of the bread shell, then spoon half the mixture on the bottom round of bread.  Arrange the salami, provolone, mortadella, and prosciutto in layers inside the bottom bread shell.

Spread with the remaining relish on top of the last layer and cover with the top shell.  Wrap the sandwich tightly in plastic wrap, then place in a pan with something to weight it down--a heavy skillet works well.  Refrigerate for at least 1 hour.  Slice the sandwich into wedges and serve.

A deaf football player who used sign language
to communicate plays inspired the "huddle" in
1894.  His team didn't want the opposition to see
the signals he used, so they turned to huddle
around him.


CHILI CON QUESO
This is our quick and easy version of the time-honored Mexican dip.  You can modify the heat by increasing or decreasing the amount of jalapeños or substituting other peppers.

In a medium saucepan, heat the oil over medium heat and sauté the onion, garlic and jalapeños until they are soft, but not brown, about 8 minutes.

Stir in the tomatoes, green chiles, and cream.  Heat through and then reduce the heat to low, stirring in the cheese until melted

Serve Chili Con Queso in a fondue pot or small crock-pot to keep it warm.  Serve with tortilla chips.

Vince Lombardi's Green Bay Packers defeated
the Kansas City Chiefs 35-10 in Los Angeles in
January 1967.  The game was then known as the
AFC-NFC Championship until its third year,
when it became known as the Super Bowl.

BEER BRATS
Bratwurst is easy to grill, packed with flavor, and the perfect accompaniment to beef.  Serve with caramelized onions and stone-ground mustard.

Place brats in a bowl or pan and cover with beer.  Let sit for an hour.

Heat grill to medium-high.  Grill brats on each side until cooked through, about 15 minutes.  Baste with beer occasionally.

If you don't have access to a grill, Beer Brats can also be made in a heavy saucepan.  Heat pan and brown brats on each side.  Pour beer over brats, cover with a lid, and cook for 15 to 20 minutes over medium-high heart.

"The spirit, the will to win, and the will to excel
are the things that endure.  These qualities are so
much more important than the events that occur."
-Vince Lombardi

Ashley Reherman Photography said…
I'm so sorry for your and Kellie's family's loss. I use Football Food often and love the anecdotes…you can tell that you both really loved what you were writing about.
February 28, 2014 at 3:03 PM

Anonymous said…
This made me very sad, I had no idea. I met Kelly in the spring of 2011 and we were close for just a few months. I adored her! I still have all the emails that went back and forth between us. Her wit and charm were perfectly balanced. What a loss to humanity.... a greater love no one could ever know.
May 26, 2014 at 12:01 PM

Mimi said…
Kellie was my sister-in-law.She married my brother Gerry. Not a great relationship for her. I always rooted for her and always loved her. I'm so glad she finally found true love but so sad she's gone. Always wanted to get back in touch, that's how I found this.
September 2, 2016 at 3:38 PM