My friend, Vicki Whicker, did something completely crazy:  She bought a farm in central New York on facebook!  She bought it without ever seeing it.  Sight unseen.  Her son moved off to college and she packed up her bags in Los Angeles and moved to central New York to renovate the farmhouse she originally called "Facebook Farm."  Eventually she would come to learn that the abandoned property was once a thriving dairy farm called Dunga Brook.

Vicki's move was crazy, bold and brilliant.  I was inspired by the daring of it. I had this feeling of being shocked and giddy at the same time.  There is something a little exciting about someone doing something completely crazy.

Her move reminded me of one of my favorite quotes:  "You take one risk, do one great thing for yourself, and the universe showers you with rewards."  --Beverly Donofrio


What happened next is extraordinary to me.  She began documenting the renovations of the house for her friends on her facebook page.  Simply snapping iphone pictures and uploading them so we could see the rooms gutted, the floors stripped, the new paint.  I throughly enjoyed sharing the whole process with her:  the process of taking something old, abandoned and dilapidated and transforming it with love into something warm and living.  Something with a soul.  That alone was wonderful but that wasn't the extraordinary part.

The extraordinary part was that she started taking iphone pictures on her daily walks around the farm with her dog.  I would wake-up in the morning and log on just to see her posts because they felt like I was on the walk too.  Her photos reminded me of Georgia O'Keefe in the way she said "Nobody sees a flower really;  it is so small.  We haven't time --and to see takes time, like to have a friend takes time."  Only I didn't know when I was looking at the pictures that they were iphone pictures.  I kept writing to her over and over and over again until I sounded like a complete broken record "you couldn't have possibly taken this picture with your iphone.  This had to be a professional camera."  And yet the answer was always "yes, just my iphone."

The range of work is extraordinary.  It has been almost impossible for me to write this post because trying to possibly pick my favorite pictures was truly daunting.  There was a series of frozen apples, then another series of poppies blooming that all look like women in elegant ball gowns.  There are trees, lakes, weeds, JOY written for me in the snow, fields of wheat, sunsets, sunrises, clouds, many roads, barns, and discovered things.

Discovered beauty right in front of you.  Right in your tiny magnificent radius of the world.  All you have to do is see it.  Stop and see it.  There is beauty in a weed, beauty in a newly blooming flower and beauty in a flower as it fades, beauty in a flower frozen in the snow.  There is beauty in each season and each time of day.  Vicki reminded me to "see" my world as I shared her world.  Only I couldn't capture my world with her same artistic touch.  I kept thinking my iphone must be broken or something because I just couldn't make mine do what her phone could do.

Well apparently I wasn't the only one following her and being in awe of her talent.  A gallery owner approached her and asked her to do a show of her work at the Cherry Branch Gallery in Cherry Valley, NY.  Previous to this who even ever heard of an iphoneograpny exhibit.  Who would have even known to have that as a goal in your dreams for the future.  But that was just what was born from her work, DUNGA BROOK DIARY:  A YEAR OF SEEING DIFFERENTLY iphoneography exhibit.

She printed the images on 8 x 8 metal.  And then guess what happened, almost all of the images sold out!  Almost in the first day!  And before I could even get the blog post written I so desperately wanted to write about her she has already been asked to do another show.  WOW!  her new show will be coming up June 1 and is called On The Road Again and will be in Sharon Springs New York. 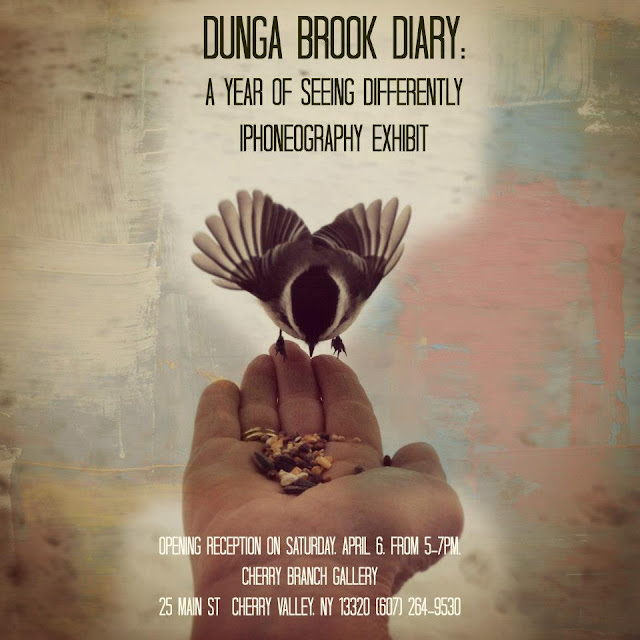 And yes she took this picture of a bird eating out of her hand with an iphone.
One of the tag lines of the show was "Art in the palm of your hand."

"Cherry Branch Gallery presents Vicki Whicker’s iPhotography- Dunga Brook Diary: A Year of Seeing Differently
April 6th, 2013….Cherry Valley, NY- Cherry Branch Gallery will be hosting an opening reception for central New York artist, Vicki Whicker. For the month of April the gallery will feature a small collection of her iPhotography- Dunga Brook Diary: A Year of Seeing Differently.
In the spring of 2011, Vicki Whicker left Los Angeles for central New York to renovate an 1820′s farmhouse that she found on Facebook and purchased, sight unseen. The rundown property, she would later learn, was named “Dunga Brook,” and was once a thriving dairy farm spanning over 2,000 acres in Otsego county.
While waiting for renovations to make Dunga Brook habitable, Whicker explored Otsego county using her iPhone to capture the world above and below her feet. It was this impromptu exercise that marked her personal awakening to the astounding beauty of our state; beauty that has surely been here since Dunga Brook’s heydey.
“iPhoneography as a mobile method for making art and as a creative movement was exploding around the world while I was stalking the flora and fauna of my new home. Coming from LA, I was in a paradise…the lush trees, the long country roads lined with Queen Anne’s Lace big as pie plates, the crimson and gold fall leaves, those first pristine snow flakes. The more I shot, the more I saw; the more I saw, the more I wanted to see…by the time my house was done 6 months had passed and I had produced over 20,000 iPhotos, it was a kind of madness…through the lens of my iPhone I fell completely in love with central New York.”
Dunga Brook Diary: A Year of Seeing Differently, is Whicker’s first iPhoneography exhibit and features a select group of her evocative 8x 8 limited edition images printed on metal."-from the show exhibit


The pictures below hardly capture the magnitude, range and diversity of Vicki's work.  I would need hours and days to properly put together the images I love.  This is a quick collection of some of my own favorites from her facebook page that weren't part of the show.  Pictures that just meant something to me.  One facebook, Vicki often pairs quotes with her images, so I'm sharing the quotes she chose as well.  - Maili 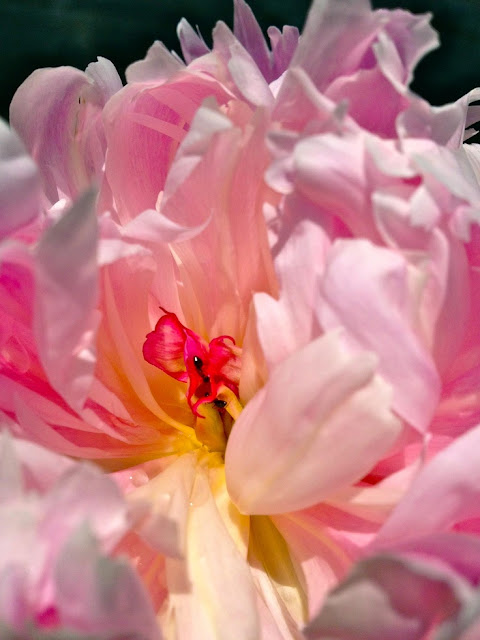 "Stuff your eyes with wonder, live as if you'd drop dead in ten seconds.
See the world.  It's more fantastic than any dream made or paid for in
factories."  --Ray Bradbury 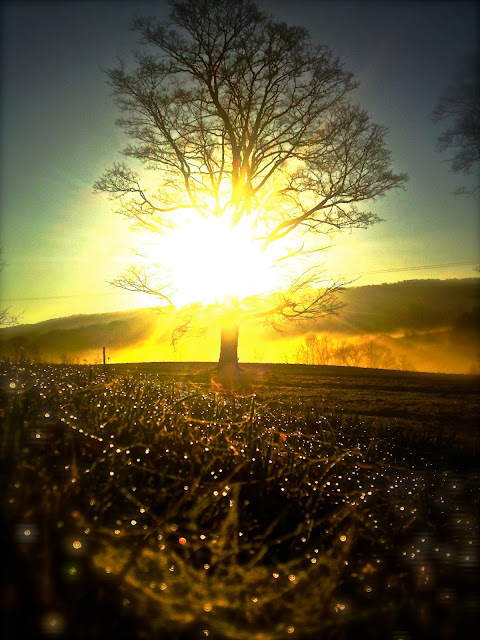 "What is Love?  I have met in the streets a very poor young man who was
in love.  His hat was old, his coat worn, the water passed through his shoes
and the stars through his soul."  Victor Hugo 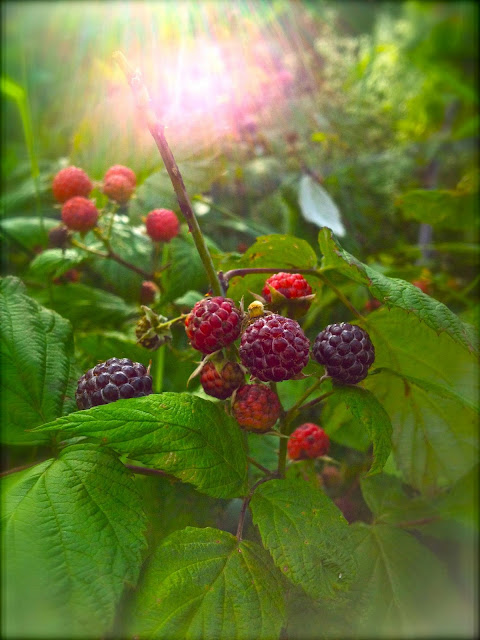 This is perhaps my most favorite of all of her photos 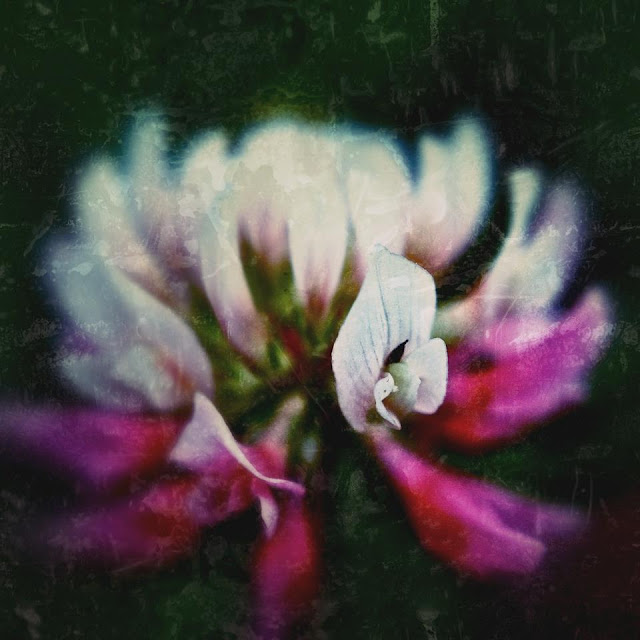 This is another one I could stare at for hours.  Such magnificent beauty in a tiny clover blossom. 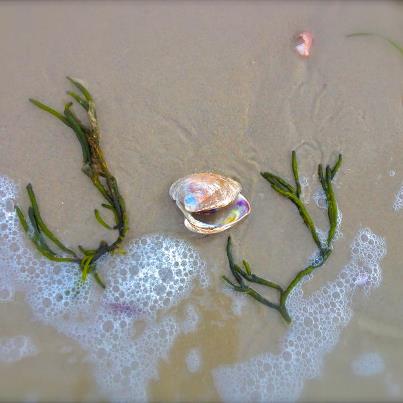 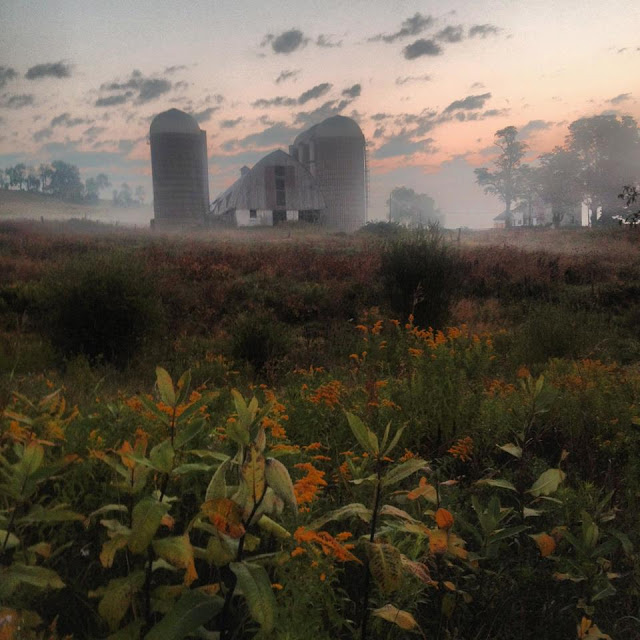 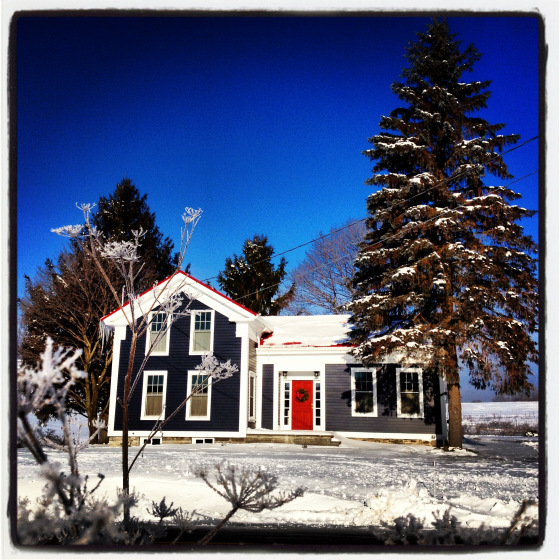 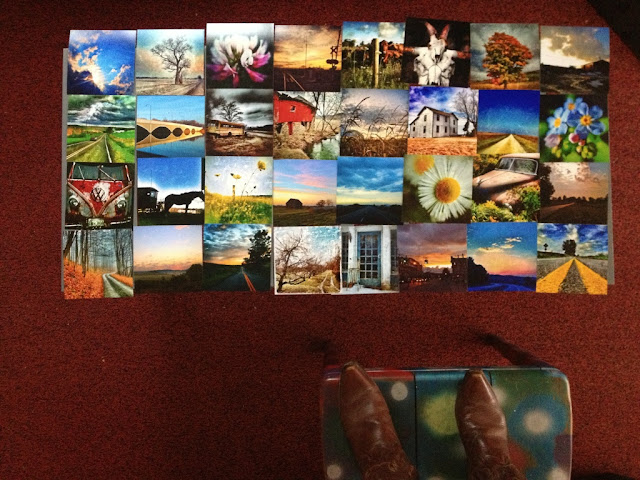 On The Road Again.  The working title for her next exhibit