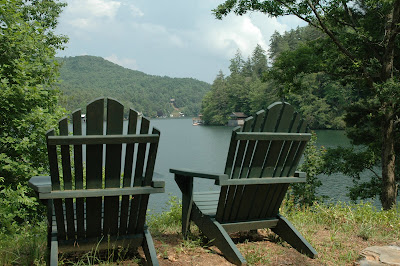 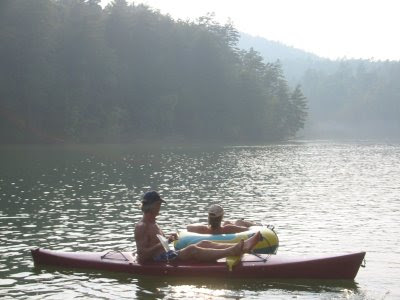 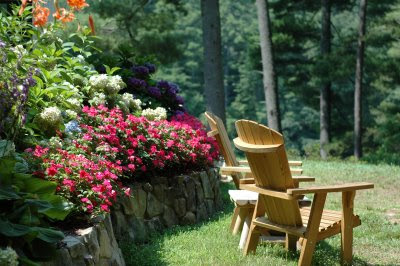 First I wanted to say that I can’t believe how many people had either just cooked trout, just bought trout, were about to cook trout, neighbor had just gone fishing and brought them trout or had a memory of eating fresh trout in Germany….there were so many stories! I am truly amazed by these coincidences. I can’t tell you how many times things happen to me at “just the right time” and how I’ll find just the thing I need right before I need it or I’ll be thinking the same thought as someone else. I loved that so many of us were in sync or connected with the trout.

I also wanted to say that after writing about Yosemite I was thinking about all the “soul-filling” and breathtakingly beautiful places there are around the country: Glacier National Park, The Grand Tetons (especially from the view off the porch in DriggsJ), Ashland in North Carolina, Hawaii’s Na Pali Coast, Bald Head Island in NC, lakes in Maine, Victoria in British Columbia, Niagara Falls, Yellowstone, The Grand Canyon, Sedona in Arizona, Santa Fe in New Mexico, Sagatuck in Michigan, Aspen in Colorado, Santa Barbara Mountains…the list goes on and on. We live in such an amazing country! One of the benefits of moving a lot in the military (and then with corporate ) is that you can take short drives and vacations from wherever you are. So while I may never have flown to , specifically for a trip from CA it was a great weekend trip when we lived at outside of . There are so many great trips right in everyone’s backyard. And you don’t always have to go camping or go away for a long time. Sometimes there are simple day trips like a hike in near and then heading over to Bennett’s ice cream shop on route 625. It is green and white and next to the river and surrounded by beautiful green trees. You would order your ice cream and look at the river. You could have just a moment of paradise right there (and you didn’t have to pack up any camping gear to do it!)

Oh dear, I’ve digressed into the food again when I was writing about places (whenever you mention a location I immediately think of the food I’ve eaten there: tea in Victoria, Huckleberry Shakes while viewing Grand Tetons…the food at the Grand Canyon wasn’t any good, just like Yosemite…pack your own!) I’ll stop now. Just can’t help associating pretty much everything with food. Back to what I was getting to: beautiful places in the great US of A. Lesley Weiss, lives in Flowery Branch, Georgia. (I LOVE the name of her town. I wanted to move to Flowery Branch just so I could have that address). Lesley goes on vacation every year to and she sent me the beautiful pictures below that made me feel like I was there! My favorite picture was of them floating on the river. I feel relaxed just looking at them. I also just love Hydrangeas! Katherine asked if she could put the pictures in her bedroom. I had to share them with all of you because they were such a joy to look at. I had no idea that Lesley was such a great photographer on top of being a great cook!

Meanwhile, I wanted to send you Bonnie Likeover from ’s recipe for salmon in the oven. She hit on something that hadn’t occurred to me: the heat! For some reason people think you have to cook fish at a medium or low temperature and that is entirely how you ruin it and dry it out and why many people think they don’t like fish. Salmon is so moist and at it’s best when cooked with high heat. I remember one time going out to grill my salmon. I was going to do it the same way I do it every single week. I seasoned it exactly the same: covering it with olive oil and kosher salt. But somehow the grill had been turned to medium instead of high and I thought something wasn’t quite right, but didn’t realize the error until it was too late and the fish was already dried out and tasted completely differently. So I think high heat is the key no matter on the grill, stove, broiler, flat-top or pan. Then combine the heat technique with Bonnie’s delicious suggestion of the agave nectar and lemon. I just know it is going to be so good!

Also, I’m looking everywhere for Melinda Goodman’s salmon recipe that she does under the broiler. (I swear I printed it up to try it. I can still visualize her description, but always defaulted to my normal grill method because it is hard to break a habit. But from the description I know it was great. Melinda can you please tell me what you season it with again? I couldn’t remember if you did a balsamic glaze or honey or something like that on it. I remember it was simple and delicious.) Bottom line is the same concept of high heat. I love that I learn from the recipe testers and my friends all the time. I would have said to never put fish in the oven unless it was in parchment or foil and this definitely changed my mind! (Did I ever tell you that I saw this show on an airplane that said the secret to happiness is 1) to give and 2) to learn something new! Giving makes you feel better and learning something new fires something off in your brain that also makes you happy. The GREATEST thing about food and cooking is that there is always something new to learn!! It is a never ending journey of discovery!)

PS I’m still trying to figure out what to do with the 3 recipes that everyone sent to me. I’m thinking about putting them on a blog called “three recipes” and then everyone could access them when they wanted something quick or special or wanted to know a traditional family recipe. Tell me what you think or if you’d like me to keep the recipes just to myself. I’ve really loved reading all of them and you gave me a lot of new ideas. The responses were so unpredictable and I loved that about them!

My regular blog for those of you who asked again: www.themailifiles.blogspot.com

Life is so coincidental....I just made trout that my husband brought home on Sunday from a fishing trip to Port O'Connor, . I tried breading it in corn meal with seasonings as I had seen that featured on a program Emeril did this morning. I was disappointed actually and will go back to sauteing in panko bread crumbs mixed with Italian seasoning bread crumbs. n I just don't like the flavor of corn meal I've decided.

What I wanted to tell you is that I found the secret to keeping salmon from being dried out when you bake it in the oven. After you drizzle the fish with olive oil, and season it as you like it, drizzle it with Agave nectar (honey substitute), then squeeze a full lemon over the entire fish. I have found the Agave and lemon keep the fish so moist and I love the way the fish browns on the edges. One other tip is baking at high temp (425degrees) until the edges have browned - approx. 8 to 12 minutes depending on the thickness of the fish.

I hope you have success with this. I loved your trip to story....thanks for sharing in such detail.

LOVED that picture of the campsite. My most favorite place in the world is just an hour-and-a-half from home, in the foothills of the . We try to get to whenever we can, and I love it when it's raining for the quiet, deep colors or when the sun is shining and the sky is a blue I only wish I could get on film. One of my favorite things is going out on the kayaks in the evening and watching the sun go down. We see beavers paddling across the lake, big turtles with bright orange bottom-sides, fish chasing other fish, and blue herons. We like to pull our kayaks up right under the heavily wooded banks. You can actually feel the cool, refreshing air as it cascades down the mountainside, and nothing beats the rich spicy smell. It's Pure Oxygen. I've attached a few pics and tried not to overdo it. AJ is standing next to Angel Falls, a hike we take thats just two miles from our cottage. The last picture is of Doug and my sister Sally from , who likes to visit every summer. Hope the files aren't too big for you to see.

Thanks again for another beautiful story. I hope you're saving all of these for your next cookbook. ;)