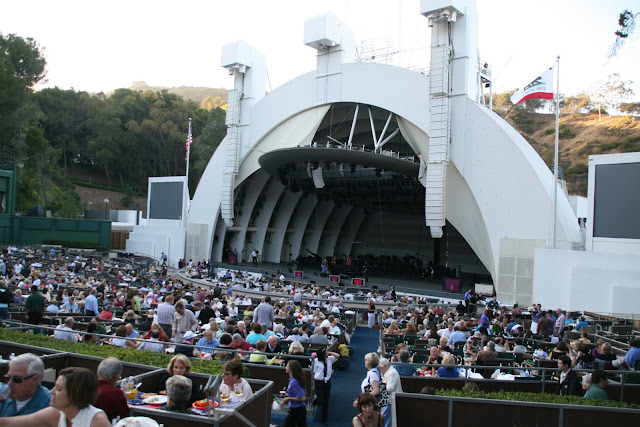 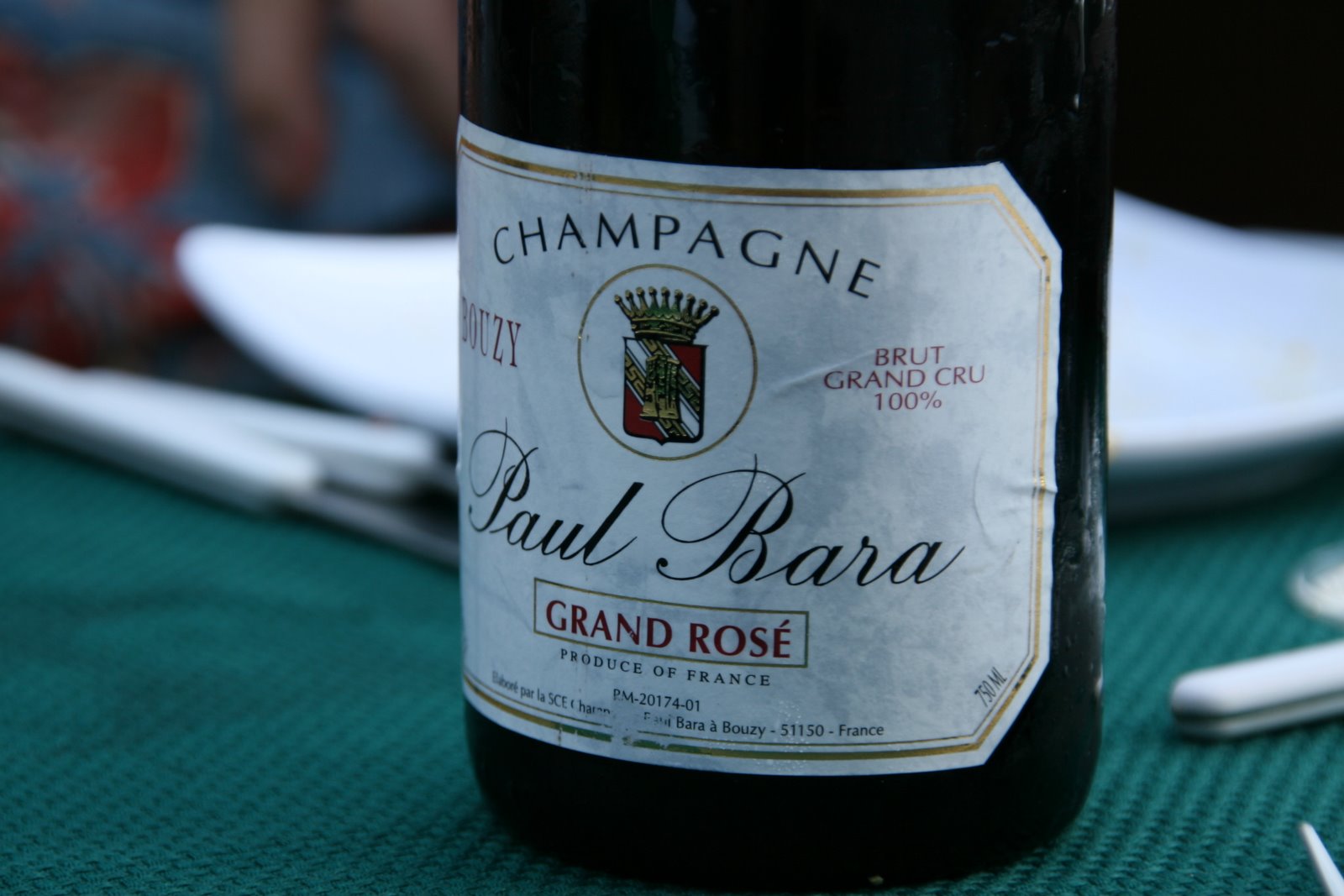 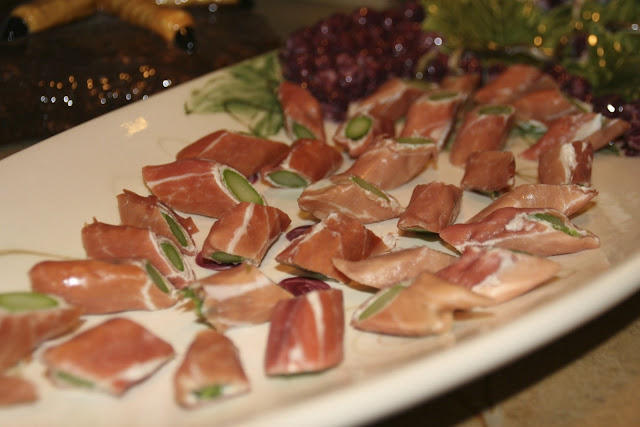 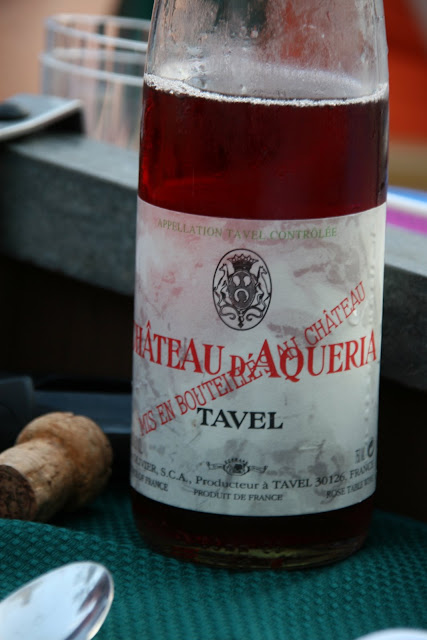 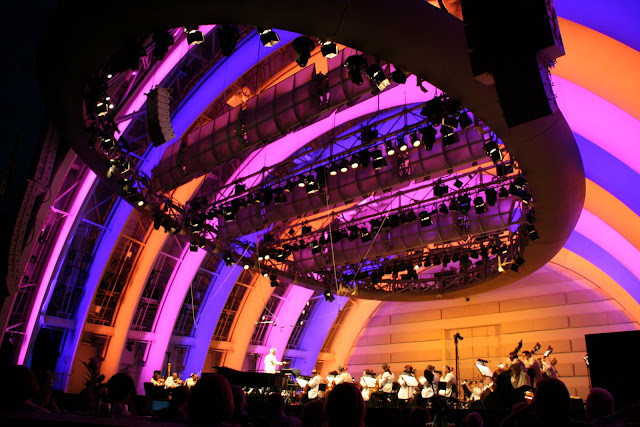 We went to the Hollywood Bowl last night. I hadn't been to the inside part of the main bowl since I was a little girl. I used to go to the Hollywood Bowl for summer camps and I remember painting and making the sets and being in Fiddler on the Roof in one of their many kids programs. About five years ago I took my kids to some terrific summer programs there too and had such warm memories of my time there. The trees, the smells, the music...it brought me back immediately. My mother said when she was growing up in Los Angeles that she used to sing with her choir at Easter sunrise services. (I was thinking it was at the Hollywood Bowl that my parents heard Neil Diamond sing when he recorded Hot August Nights, but that was the Greek Theatre, another great outdoor venue!)

There are beautiful outdoor amphitheaters all over the country and summer is the time to enjoy them. There is the Shell in Honolulu, Chastain in Atlanta, Symphony on the Prairie outside Indianapolis, and on and on. I think almost every state has a place to go outside and listen to music. There is something magical and soothing about being in the summer air, eating good food, drinking good wine and listening to great music. All of the factors enhance each other.

Last night we went with our passionate food and wine friends, John and Laurie Tilson. Laurie and John bought a box seat in the front row in 1968, the year I was born. That was when they still had "the pool' in front of the stage, so their box was in the front row, right against the pool. In 1972 the took out the pool and put additional tables and seats in it's place. Laurie plans ahead almost more than anyone I know! For one of our January dinner parties she actually planned it 11 months in advance! This dinner at the Hollywood Bowl was no different, and about 4 months ago she wanted to know what I was going to bring for my courses for the dinner. (I'm thinking to myself: we're going to a concert and isn't this just a picnic and why do I need to plan ahead so much!! Sheesh. Can't I just make whatever I feel like at the last minute!) So I put it off, but when she got back from her birthday trip, she called immediately so I could tell her firmly what I was making, not knowing then the the dinner was going to be such a production. So I just quickly told her the hors d'oeuvres that were already on my mind from another party.

There are these little boxes that have four or six chairs in them. The people that own the box next to John and Laurie have had theirs for almost 40 years as well, so they always say "hi" to their "neighbors" at every concert. In the boxes they these tables that in a way resemble the trays that you hooked onto your car at a 1950's drive-in. The tables at the bowl hook on to the walls of the wooden boxes in the same way. There is a guy there who levels them for you. So I said I'd go get something to wipe the table off and Laurie said "oh no, I have tablecloths" and the production began. We were some of the first to arrive at 5:30 (gates opened at 6:00) because John and Laurie wanted to make sure we had time for all the courses before the music began. As other people arrived I realized that everyone brought real glasses, linens, flowers and the whole nine yards. The "neighbors" in the box next to us opted to have Patina cater their dinner. So for those who don't want to pack their own dinner, Patina, is on-site to cater. I know Patina is a good restaurant, but I can tell you from looking at the "neighbors" meal, that we were having the better dinner.

I'll write the menu below. I wish I had taken a picture of the last wine that went with the beef tenderloin because that was my most favorite next to the Rose Champagne (which will always be my most favorite thing to drink!) In this recipe testing e-mail I'm including a picture for the Horseradish bites because it is a recipe I learned from Laurie, is super easy, you can make it in advance AND it has been a big hit at my catering events.

Menu for our night at the Hollywood Bowl

Asparagus Horseradish Bites (Maili, but recipe was from Laurie)
Champagne

Cold Artichoke with Olive and Feta Tapenade (Laurie)
Rose Champagne (I'm not going to write all the names and vintages because I'll need to call John to get that exact, so I'm just being general)

Cold Beef Tenderloin with Chilled Mushroom Sour Cream Sauce (Laurie. This is one of her classic Hollywood Bowl courses and I think she has been making it for 30 years!)
(I just left a message to ask the name of this wine because it was SO GOOD!)

Cheese Course, Dubliner Irish Cheddar with Artisan Bread (Maili)
(I stayed with the Red, but they switched back to the Tavel Rose)

So two hours went by in a blink and then we listened to a Tribute to Henry Mancini. I didn't realize how much music he wrote! They showed clips from all his films and had guests from his various movies come out and speak. His daughter sang. I got in the backseat with my pillow on the ride home. I kept waiting for us to hit the freeway because I know getting out of the parking lot takes an age. But the next thing I knew was that we were being dropped of at Amgen, where Jason's car was and almost home.

ASPARAGUS HORSERADISH BITES
We're still working on an official measured recipe for the horseradish bites.  For now, just mix them to your taste.  You need enough horseradish to be able to taste it through the cream cheese so I would recommend at least 3 tablespoons to one 8-ounce block of cream cheese .

Prosciutto (Costco carries a great authentic one)
Fresh Asparagus (I cut the ends of mine and put them in water--like flowers--the minute i get them. This keeps them nice and fresh and crunchy!)
Cream Cheese
Horseradish

Spread out the prosciutto next to each other. Cut the lengths in half because you don't want too much meat rolled around them.

Spread cream cheese horseradish mixture about and inch and a half or two inches, on one end only. (similar to how you put the rice only on one side when you roll sushi)

Place asparagus in the middle of the cream cheese mixture and roll them up. Slice on he diagonal with a very sharp knife. I put them in an airtight container in the fridge until I'm going to serve them.