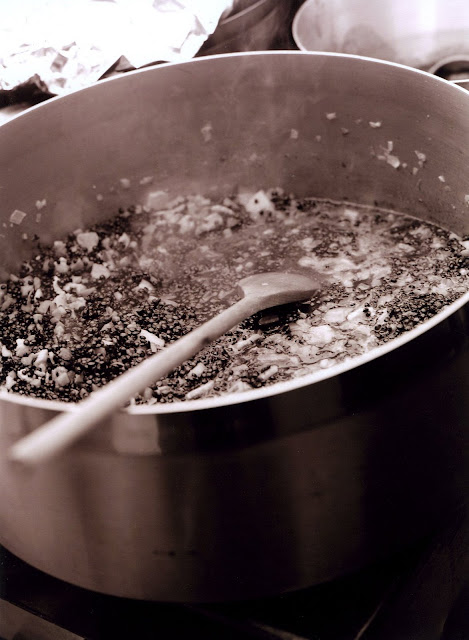 photography by Elizabeth Messina
(RECIPE AT THE END OF THIS POST)

Recipe Testers,
I’m sending a few recipes in a row today because I had specific requests. (I still need to type up the chopped chicken livers recipe. I have to tell you how excited I’ve been to find out how many people LOVE chicken livers and pate. I thought I was in the minority there, but there seem to be quite a few fans. I’ll be sending the version that I made inspired by Bliss’s neighbor and also Rhoda Sharp’s recipe that is giant and for a big party—she uses 5 pounds of chicken livers! Coming soon! And finally tested Asparagus soup with actual measurements. Also coming soon!)

Meanwhile, I had my book club this week. We read Hunting and Gathering by Anna Gavalda. Great book! I hated the first 40 pages, but once I got to page 120 I felt like the characters were my friends. I just loved the book. I highly recommend it. Just know it is hard to get into at the very beginning. Lots of dialogue. It’s translated from the French version and was a bestseller in .
I have two book clubs. One we bring food and take turns going to other members’ houses. The second is a no hassle, just meet at Border’s and don’t bring anything, and just show up. One of my friends thought it was hysterical/impossible that I was in a book club. Between homeschooling, working and the rest of the stuff we do around here it does seem to be an impossible task to squeeze in. But the book club is my one guilty pleasure. It is the one super selfish thing that I do only for me. Both book clubs are with other homeschool mom’s and I adore them. So even though both clubs are both different I enjoy them so much. I’m always reading about 4 or 6 books at once, plus another one on CD in the car. Usually I pick food books for myself, so I love being in the book club because it exposes me to books I wouldn’t necessarily have picked on my own. And it gives me a deadline and an excuse to “have to” read. (The irony in all of this is that during my library crusade I was so busy fighting for the truth, that I didn’t have time to read and so missed both books for both book groups in the name of saving the library. A little absurd!)

During the book club last Wednesday I made grilled lamb with mustard mint sauce (I think I’ve sent that recipe to many of you before. I got the mint sauce from Patrick Mullin when we were in .) I like to serve it with lentils, especially in the summer. I love lentil soup in the winter, but love lentils as starch base in the summer or as a salad. Generally, I prefer the black caviar lentils (sometimes known as beluga lentils. They are only called this because they are black and small. They are still just beans, nothing to do with fish eggs except their appearance) If you can’t get those lentils easily then just use the regular brown lentils. Also, depending on the lentils they may or may not need more liquid. This recipe is very accurate and has been tested a number of times. You just may need an extra cup if you are using different lentils. Lentils are the easiest beans to cook because they cook so quickly.
Lee Nichols is one of the members of our book club and she is from the South Island of New Zealand. She brought these FABULOUS éclairs and we each ate two and all of us asked for the recipe. She said she got the recipe from this fabulous little book called Mackenzie Muster “A Century of Favourites.” They are recipes from the last 100 years of the sheepherders of Mackenzie Country. I’m hoping her Mum will bring me a copy when she comes to visit this summer. I have to include this bit from the introduction because I like it so much:

“This book is a treasure trove of hundreds of favourite recipes gathered from the mountains to the sea. Many have been passed on from generation to generation and we are indebted to all who have generously shared these with us. They come from homes known for their generous hospitality and fine cooking for which the Mackenzie Country is so widely renowned. We have also taken the opportunity to share with you many little gems of poetry and art so easily lost over the passing of time but now recorded for all the enjoy. We feel these three arts go hand in hand and therefore it is fitting that they should find their place side by side in this historic muster of these Mackenzie arts.”

(and yes I make a lot of typo’s because I rarely proofread, but that is how you spell “favourite” in and . And forgive me for misspelling Carnegie Deli in my haste of the last e-mail. I will also mention that Lee always brings something wonderful to book club!! I’m typing the recipe exactly as it is, with its directions for a “moderate oven” for those of you who would like the translation that means 350 degrees Fahrenheit or 180 degrees Celsius. For the first 20 minutes have the oven at 400 F then turn it down to 350 F for the last 20. Lee filled hers with fresh whipped cream and made homemade chocolate sauce for the top. You can also put powdered sugar on top instead of chocolate. Some people fill theirs with custard and raspberry jam. Do whatever you like. I just love the whipped cream! By the way, 400 would be considered a “hot oven”)
I will also give another update here on Jeanette. I just got off the phone with Rosemary. She is still sedated and intubated, but her liver, heart and everything are functioning well. She just has these fevers that she can’t seem to beat. So if we can pray for the fevers to come down I would appreciate that. Rosemary said the prayers mean more than anything in the world to her and she is so grateful.
Happy Cooking!

PS Just made my husband a cold lamb sandwich with the leftover lamb and mustard mint sauce (which I used instead of mayo). I made it on the fabulous bread from Trader Joe’s. It’s called “Pain Pascal – Organize Demi Miche” It’s hard to see. In our trader Joe’s it is on the bottom shelf just half the baguettes.

Never Fail Cream Puffs or Eclairs
from Sally Whittaker via Lee Nichols
Put into a saucepan 1 cup water and 1 stick (1/2 cup) butter. When boiling add 1 cup flour and 1 teaspoon baking powder. Still with a wooden spoon until mixture leaves sides of pan. Put into a basin to cool. Break in 3 eggs, one at a time, and beat well until mixtures is smooth. Put on trays in spoonfuls. Bake in moderate oven about 40 minutes. First 20 minutes up oven temp to 200 C then reduce to 190 C or less after 20 mins. The walls of the puffs must be set and should sound hollow when tapped.

These tiny black lentils are so flavorful and make a different and nutritious side dish. I use the Swanson’s Beef Broth in this dish which makes it a quick and easy dish you can pull together from items found in your pantry.

1. Heat sauce pan over medium-high flame, add oil and when hot add bacon. Cook until bacon is almost crispy and most of the fat has rendered or cooked off of the bacon.

2. Add the celery, carrots and onion and cook for 3-4 minutes, season with the salt.

3. Add the lentils, thyme, beef stock and water. Cover and cook for 20-25 minutes or until the lentils are al dente or almost soft.

Maili’s Notes: If you are using canned stock, only use half the amount of salt in the recipe because canned stocks tend to be more salty than homemade stocks.
Email Post
Labels: Black Caviar Lentils No Fail Cream Puffs